The neoliberal bureaucratization of society and of government action seems to be one of the main characteristics of the contemporary world, transcending as it does the diversity of geographical, social, political, and economic situations.

Today we are being told that we live in a world of personal freedoms, in which bureaucracy is a thing of the past. After the Cold War the advocates of neoliberal capitalism are constantly trying to convince us that bureaucratic management is disappearing along with the state, replaced by the “chaotic” freedom of the free market and the private sector. This narrative has been advanced by the Right but the Left has also joined the “chorus”, attempting to preserve “the last traits” of bureaucracy.

Bureaucractic organizations, as understood by Max Weber[2], have six defining characteristics: formal hierarchical structure, management by rules, organization by functional specialty, an “up-focused” or “in-focused” mission, purposely impersonal, employment based on technical qualifications, and predisposition to grow in staff “above the line”. Following this line of thought we can conclude that the State is the ultimate bureaucracy.

We can see these traits being present, in different variations even today, which prove the neoliberal claim to be nothing more than a fallacy. Jacques Ranciere suggests, in a dialogue beneath the Acropolis[3], that we should resist this idea that concieves the modern world as the kingdom of individual freedoms and “anarchistic” markets. Neoliberalism, on the contrary, is a set of strict reforms and dogmas that are being enforced, often by brute force. The main enforcer is the State, placed in service to those that advocate its demise.

Thus in the neoliberal age the state is being reconceptualized from an entity with its own national political interests into main enforcer and guardian of capitalist dogmas. And the barbaric measures that neoliberalism prescribes are pretty much the same all round the planet, regardless of each local context. In this aspect it strongly resonates with bureaucracy’s dehumanized approach. As Ranciere suggests, neoliberalism is based on a global recipe, which includes the destruction of public services and equal wealth distribution.

He proposes then, that instead of neoliberalism, we should speak of absolute capitalism since today it has taken a state-like form, a new type of bureaucratic organization. We can see that large private companies and multinationals are organized like mini-states with various layers of supervisors and managers.

Castoriadis also challenged the neoliberal narrative. He was criticized by many on the Left for thinking in outdated manner because he did not recognize the dissapiarence of the State. What he saw however was that despite the welfare cuts, the organizational type of society remained pretty much the same. His analysis remains abreast with the times even today with bureaucratic structures still dictating the course of humanity:

[T]he rhetoric of Thatcher and of Reagan has changed nothing of importance (the change in formal ownership of a few large enterprises does not essentially alter their relation to the State), . . . the bureaucratic structure of the large firm remains intact [and] half of the national product transits the public sector in one way or another (State, local governmental organizations, Social Security); . . . between half and two-thirds of the price of goods and services entering into the final national expenditure are in one way or another fixed, regulated, controlled, or influenced by State policy, and . . . the situation is irreversible (ten years of Thatcher and Reagan made no essential changes therein).[4]

Moreover, the very logic on which neoliberalism is based is inherently flawed – i.e. the idea that the State can be maintained in a minimal form. In an interview, following a controvertial participation in the 1978 convention of the US Libertarian Party, Murray Bookchin insisted that the neoliberal logic of limited, almost-non-existent, government is completely flawed and eventually will lead to reproduction of the bureaucratic traits, typical for state hierarchies. In his own words:

With this said, we can conclude that bureaucratic fragmentation of life cannot be ended by the current neoliberal system. It will continually be recreated in various, often semi-fleudal in character, forms. Thus we should emphasize, along with Ranciere, on exposing the fallacy, also reproduced by many anti-capitalists, which tend to view neoliberalism as the kingdom of individual freedom and chaotic markets. We should avoid the false dilemma of freedom versus equality, shared to a large degree by both the Right and the Left. Instead we should direct our efforts at achieving them both in a direct-democratic way that will make bureaucracy obsolete.

[1] Béatrice Hibou: What Is Neoliberal Bureaucracy? in “The Bureaucratization of the World in the Neoliberal Era”. The Sciences Po Series in International Relations and Political Economy. Palgrave Macmillan 2015, p14

towardsautonomyblog is the personal blog of Yavor Tarinski – currently participant in the editorial team of the political journal aftoleksi.gr, bibliographer at agorainternational.org and member of the administrative council of TRISE. Some of his main political interests include Direct Democracy, Social and Individual Autonomy, Commons, Solidarity Economy, Ecology, etc. In the past he has participated  in political and theoretical projects like lifeaftercapitalism.info, babylonia.gr and the first Bulgarian Social Forum. 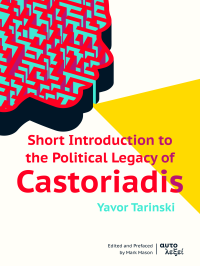 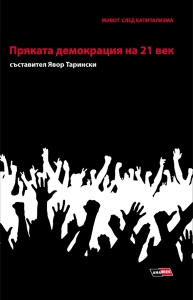 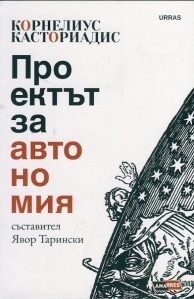