When in countries that are called civilized, we see age going to the workhouse
and youth to the gallows, something must be wrong in the system of government.

For too long now many have been viewing social emancipation through an overtly economistic lens. This is evident from the persistence of some on insisting that class analysis is central to social change: exploring which economic class is most prone to revolt against its oppressors, trying to mobilise along class line, etc.

This is a by-product of the rise of what Karl Polanyi calls economic society – a nineteenth century phenomena that is inseparable from the domination of capitalist markets that took place in the same period. [2] In this setting, according to Polanyi, the political and other spheres were subjugated to the economic sphere and space was given to thinking and speaking that claimed universality and reduced human activity to the process of maintaining life and its inclusion in the production-consumption cycle.

When the project of social emancipation is subjugated to economism, its very goal shifts: from empowering every single member of society with the power to directly participate in the management of all spheres of shared life, into a narrower struggle for better consumption conditions. This is not to say that the improvement of economic conditions is not important, but that its far from enough. Even if radical changes are applied to the economy but the hierarchical political architecture of society remain unaltered, then sooner or later the inequalities advanced by the latter will create new economic elites as well. This was the case, for example, with the actually existing socialism, where while popular access to goods and services was somewhat expanded, the bureaucratic/managerial class  in charge of the State used its political power to impose totalitarian control over all spheres of society.

Furthermore, focusing primarily on consumption and access to goods and services, as economism tends to do, can provoke scapegoating and social cannibalism, as disempowered groups may put the blame for their worsening economic situation on other marginalised and oppressed congregations, instead on the power discrepancies nurtured by the system. In this line of thought Austrian author Franz Borkenau has contended that it is easier to arouse nationalist feeling in the working class than feelings of international class solidarity, especially in periods of crisis and warfare, as the two world wars of the previous century so vividly reveal. [3]

And ultimately, the economic inequalities sparked by capitalism are not the only forms of oppression that torment our societies. Patriarchy (which is still a huge problem almost everywhere around the world) and gerontocracy (which today has taken the shape of technocracy), for example, provide much more ancient patterns of domination of certain social segments over others. Thus, social emancipation cannot be limited to this or that field alone.

This line of thought does not exclude economics as such, but it refutes the narrowness of economism. It suggests that we cannot truly understand human societies through a sole economic lens. Castoriadis has illustrates the need of a more holistic approach when analyzing the world by giving as example hundreds of primitive hunter-gatherer societies, located in close proximity the one from the other, with each one having different totems, taboos, matrimonial rules etc. [5] He insists that all these tremendous varieties of social collectivities and then of types of institutions can by no means be explained by differences in the mode of production (as they were all hunter-gatherers). Such conclusions led Castoriadis in a totally different direction from Marx’s rationalistic, economistic positivism.

What can help us move in the direction of a genuine social emancipation is not the passive belonging to a certain social stratum, be it economic or other, but the active stance and praxis in everyday life. Here comes the concept of citizenship, which Hannah Arendt suggests that must be viewed as the process of active deliberation and the possibility of establishing forms of collective identity that can be acknowledged, tested, and transformed in a discursive and democratic fashion. [6] According to her, its the sharing of power that comes from civic engagement and direct communal participation that can provide each citizen with a sense of effective political agency. There is today, however, no space for such attitude in the contemporary system of representation based on bureaucratic parties and state structures, because of which Arendt advocated for a more compatible one that will be rooted in federation of councils through which citizens could effectively self-manage political affairs.

This is a refusal of the role that the dominant system enforces on each and every one of us, i.e. belonging to a specific class with its own narrow behavioral patterns, and in its place a new one is advanced that broadens the horizon of collective action. It is what Jacques Ranciere describes in his magnum opus Nights of Labor, where he examines how in the 19th century, working folk refused their working-class temporality (heavy labor in the day, rest in the evenings, to put it bluntly), and instead claimed a different one that was supposed to be inhabited by aristocracy and bourgeoisie (instead of resting in the nights, they engaged in political debates, philosophical discussions, poetry etc). [7]

By challenging the oppressive role that the system has predetermined for the working class, a path is open for the “humanization” of the latter, to use a phrase by Bookchin. He insisted that this crucially depends upon the ability of workers to undo their “workerness” and advance themselves beyond class consciousness and class interest to a community consciousness — as free citizens who alone can establish a future ethical, rational, and ecological society. [8]

In the end, you cannot envision a radically different world if your thinking remains entrapped in the categories of the old one. As Castoriadis suggests, labouring people clearly cannot reach the point of ‘taking power’ in the factory if they are not already envisaging in a certain fashion – be it obscure, half-conscious, ambiguous – the question of power on the scale of society as a whole. [9]

In a setting of radical social emancipation all people will undertake collectively the management of all aspects of their life in common. Workers of different occupations, as Bookchin suggests [10], would take their seats in popular assemblies not as workers— printers, plumbers, foundry workers, and the like, with special occupational interests to advance—but as citizens, whose overriding concern should be the general interest of the society in which they live. Citizens would have to move beyond their current bureaucratically-enforced particularistic identity as workers, specialists, and individuals concerned primarily with their own particularistic interests. The project of direct democracy reshapes the content of municipal life as a school for the formation of citizens, with popular assemblies themselves functioning not only as permanent decision-making institutions but as arenas for educating the people in handling complex civic and regional affairs. According to Bookchin, it is the emergence of the new citizen that would mark a transcendence of the particularistic class being of traditional socialism and the formation of a new anthropological type.

In such a direct democratic setting social cohesion and unity is not achieved through national or religious affinity, and neither through certain economic interest. Rather it can be attained by developing an all-encompassing political consciousness, through sharing and engaging in the practices and activities that make up a genuine public space and a framework of self-institution.

In conclusion, the question of liberating society from domination is not a matter that can be resolved by conditions that the system imposes on us, but on the active stances and attitudes we and our communities take. From citizen initiatives and autonomous zones in cities, to agricultural collectives and indigenous movements, germs of direct democratic emancipation can be found in a diverse array of places. As Polanyi’s concept of the counter-movement implies [11], there is necessity in cross-communal alliances to achieve social progress. But we will remain blind for them as long as we think within the parameters of the system and 19 century dogmas. 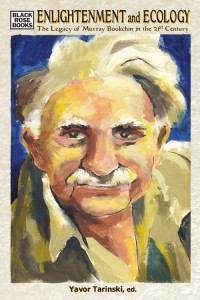 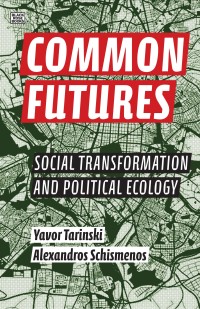